Showing posts from February, 2018
Show all

Insects made of clay and other stuff 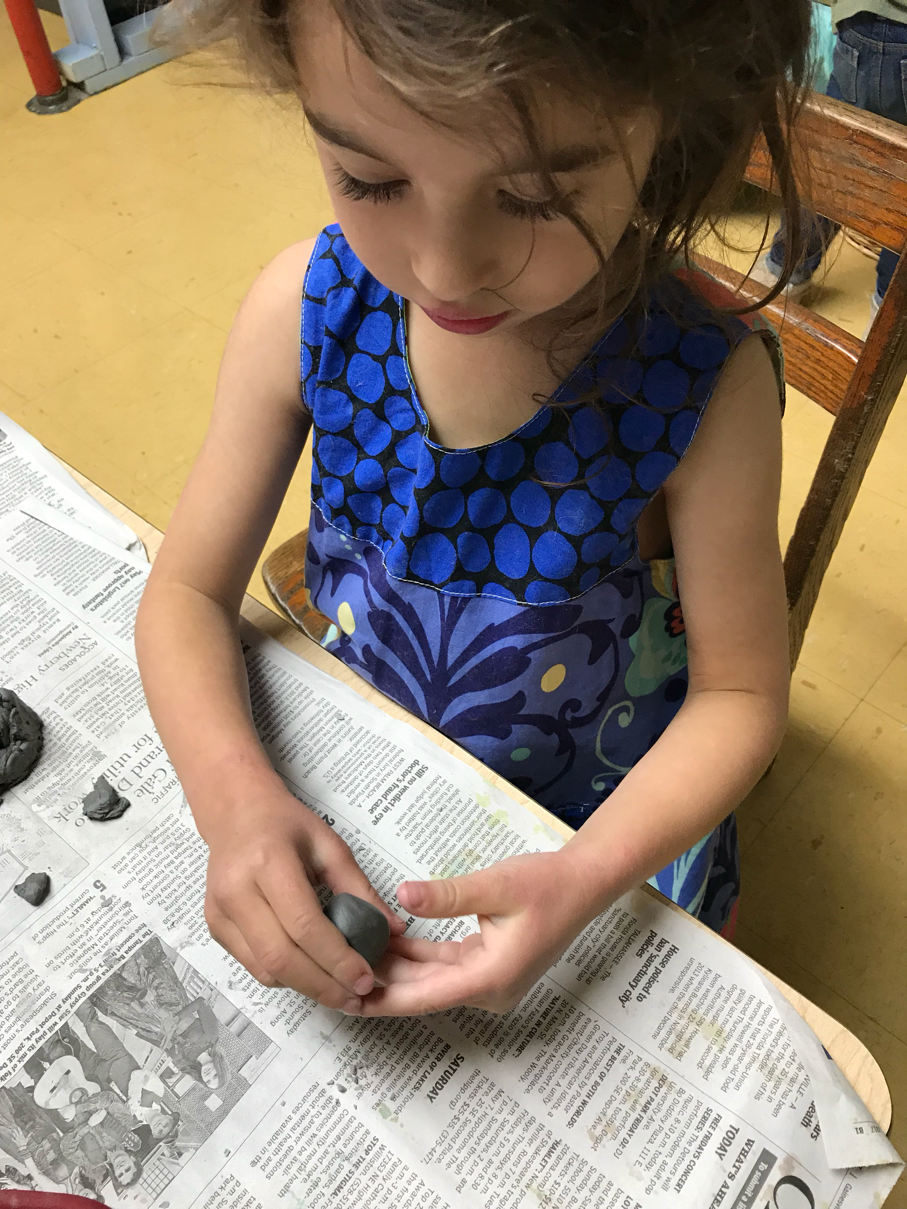 We invited the children to show us what they know about insects using clay and other loose parts. Clay is a great medium for so many reason. It’s malleable for one, which allows the children to make changes to their creations while they are working.


One dimensional drawings are more challenging when trying to capture the essence of a living thing or anything that isn’t flat for that matter. Working in a three dimensional medium like clay can have its own frustrations but ultimately with perseverance a child can have much “success” creating something they feel looks like what they are trying to create.


As with the drawings some of the children were very specific about what kind of insect they were making right from the start. There was care for some that went into detail like the way wings sit on the body of a fly.  Others molded and shaped until the specific insect appeared, while others just made an “insect”.


Look for these awesome creations on the windowsill in our red room.